In this three-part blog series on Text to Speech (TTS), we explore three major players in Cloud TTS: Google, Microsoft, and Amazon.  We take a deep dive deep into the services offered by each of these platforms and outline specific selection criteria utilized to compare them.  Today, we’ll focus specifically on TTS options offered by Microsoft Azure Text to Speech.

To provide a common criterion for review of the three major Cloud TTS providers, we will use the following guidelines.  Be sure to see our other blogs for comparisons of the other two major cloud providers:  Amazon Polly, Google Text to Speech.

TTS Options offered by Microsoft Azure Text to Speech provides a reliable, if somewhat less exciting collection, of voices with a very interesting mix of back-end abilities. In this platform offering, you can customize and augment the speech service–which is packaged closely with Speech to Text, Text to Speech, and Speech to Speech.  Respectively, these are different approaches to transcription and speech generation.  Basically, they skip the entire process of anything written – just talk in one language and it will talk back in the other.  So, while it looks similar to Google’s offering, there’s some potential golden nuggets, hidden in the architecture.

We believe your stakeholders and end customers should help guide what’s appropriate and best for your specific application.  Sometimes having a voice, while not perfect, is better than none while, at other times, it’s worth the additional cost and effort for a studio recording.

If you want to learn more about TTS, voice talent, localization, and translation services, Global eLearning is widely considered to be a leader in TTS, especially for the learning and development industry.  Contact us today to get started! 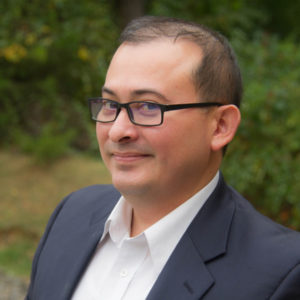 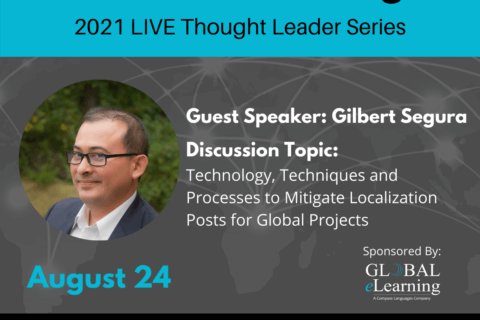 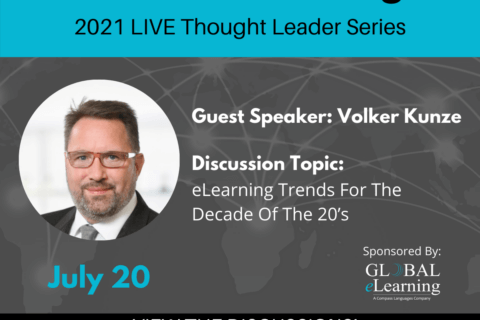 Throughout the 2021 Thought Leader Series, hosted by Gary Schulties and Matt Patterson of Global eLearning, we bring you thoughtful conversations…